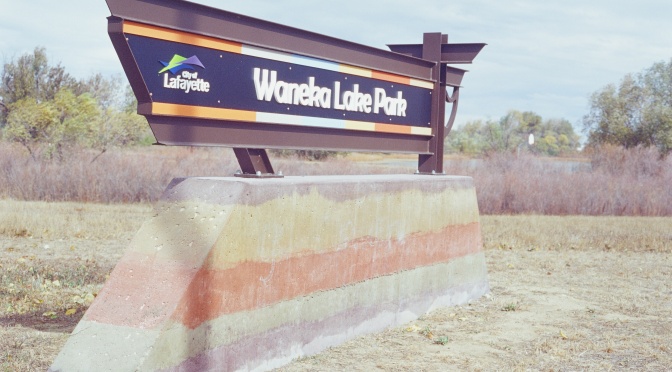 I’m typically not one to be excited about shooting expired film, but when my buddy Tim Gilbert at Stearman Press told me he had a roll of my favorite discontinued Kodak transparency film, that was a different matter.

Back in the days before digital dominated photography, Kodak produced a range of different Ektachrome transparency films. My favorite was a vivid saturation variant known as E100VS. It produced highly saturated and extremely sharp images reminiscent of the bright clear colors on the pages of the National Geographic.  Unfortunately Ektachrome E100VS was discontinued early in 2012

The roll of E100VS that Tim had given me had expired in 2002. That made it 17 years past expiration when I shot it last fall. My understanding is that it had been stored in the basement of a mountain home.  So in an environment with a uniform temperature and humidity, which is pretty much the best way to store film outside of a freezer.

I shot these images using a 35mm Minolta X700 with a 50mm normal lens and no filters. The general rule of thumb for negative film is to add an additional stop of exposure for each decade. Instead I exposed the film at its box speed of ISO 100, and then bracketed by increasing the exposure by 0, +1 and +2 stops. In hind sight, I should have under exposed as well, because many of my shots were over exposed.

The first image, presented at the top of the article, is a recently installed sign for a local open space park. It was shot at box speed, it faithfully reproduced the muted colors in the scene.

Next, I wanted to demonstrate how the E100VS captures saturated reds, something the VS film excelled at. This first image was shot at box speed. The exposure is pretty close to being correct, but the color has shifted slightly. The red isn’t as saturated as it was in reality, and the green street signs and white edging seem a bit blue.

The second image was shot at one stop over the meter reading. It is clearly over exposed, but the red stop sign is truer to reality, the white border and lettering is not tinted blue, and the green street signs are faithful to reality.

This image is over exposed two stops. It is definitely blown out, but the red in the stop sign is vividly saturated as one would normally expect from the E100VS film. Interestingly the green hasn’t changed further.

Here is an image of a fire plug shot at box speed. The orange tinted red hydrant is bright and saturated.

The next image was shot one stop over exposed. It is interesting how the color shifts to be more orange, but the green in the background remains mostly unchanged.

Now let’s look at some other colors. Here is the front of a purple house exposed at box speed. It is clear from the white trim that the image is probably a stop over exposed, but the purple is spot on. 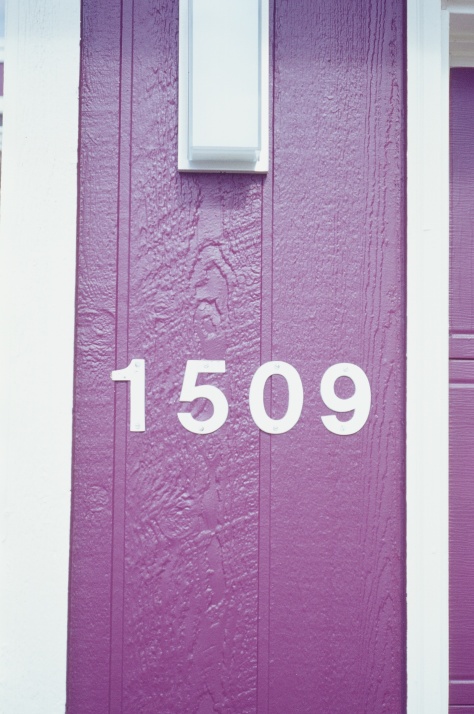 Next is an example of some vegetation in the area. This is shot at box speed and it appears to be over exposed by about a half of a stop. The greens , yellows and browns are captured faithfully, although the image is a bit flat. 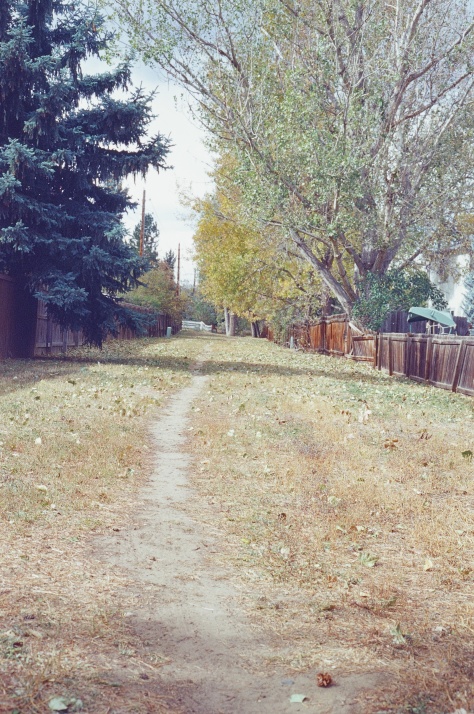 The next image is a Denver Bronco themed SUV on our street. The team’s colors are orange and blue, which the film faithfully captured at box speed. 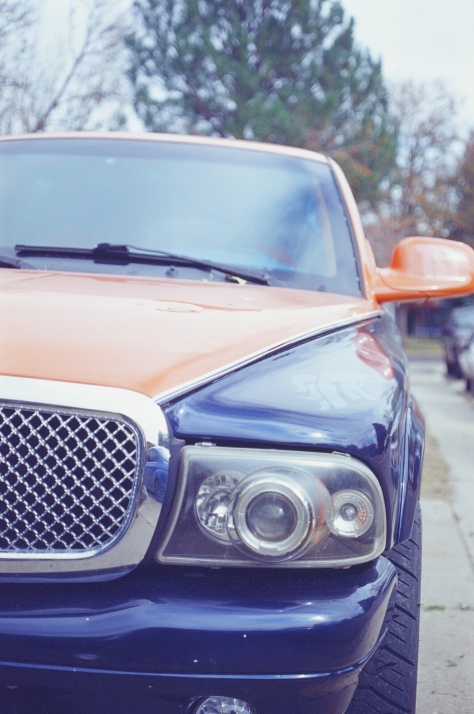 I learned a few lessons with this exercise. (1) You have to be more precise when metering a scene for slide film. This is something I knew once, but had forgotten.  (2) If well stored, even 20 year old slide film may retain its original ISO. (3) Rather than modifying the overall sensitivity of the film, aging seems to have introduced subtle color shifts in part, but not all, of the spectrum.

My journey into fine art photography.